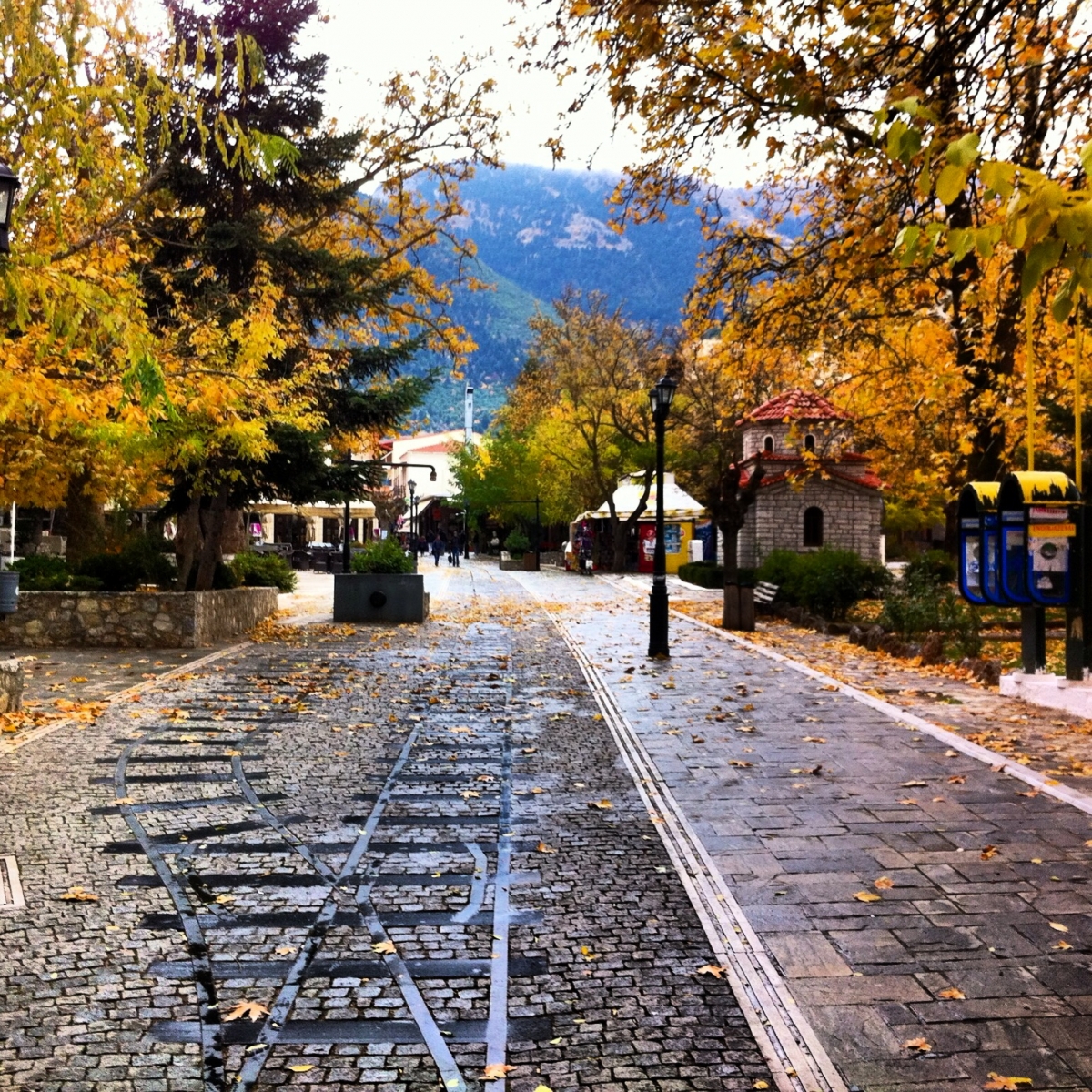 Kalavryta is a small mountain town in the Achaia region. It is built in the area of ​​the Arcadian city of Kouniathas or Kynaitis.
The city was named Kalavryta (good fountain) during the Frankish rule in the 13th century AD.

In recent history, the Kalavryta have been one of the regions of Greece that experienced the worst in World War II. On December 13, 1943, the German occupation army executed almost all the male population and completely burned down the city.

Kalavrita today is described as a “martyr settlement”.
Today Kalavryta is a tourist destination, especially in winter, because the city has one of the best winter tourism infrastructure, mainly because of the ski resort, which is one of the largest in Greece.

Noteworthy destinations in the area of ​​Kalavryta and nearby are also the two historic monasteries of Agia Lavra and the Big Cave, the gorge of the Vouraikos River that is crossed by the famous Cog Railway which was inaugurated in 1896.
Due to its extremely rough terrain, it was manufactured using gear technology, in which the train anchors on routes in areas where the slope of the ground exceeds 10%.