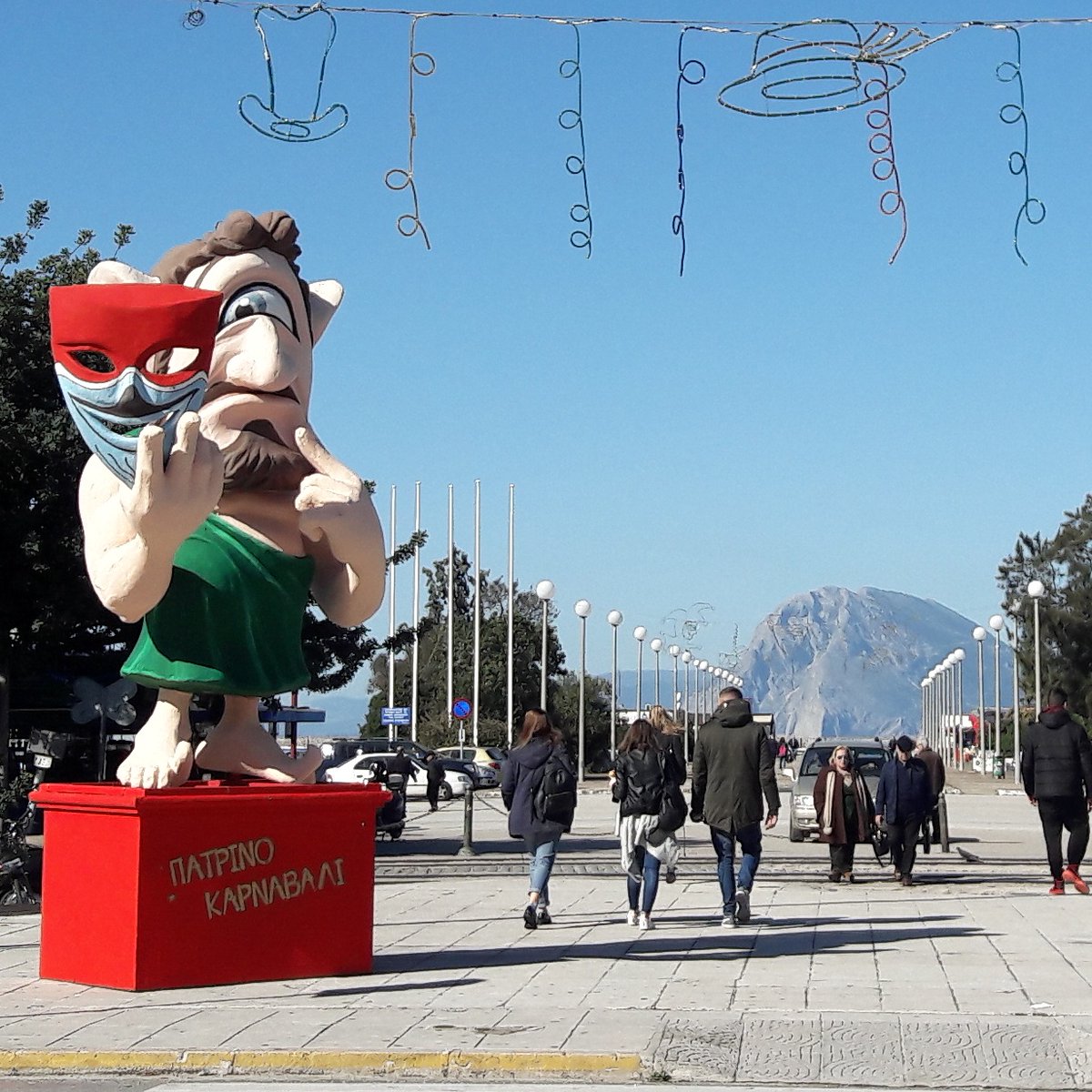 Patras is the capital of the Prefecture of Achaia as well as the largest port of the Peloponnese.
During the four thousand years of its history, and especially during the Roman period, Patras was a cosmopolitan center in the Mediterranean, and according to Christian tradition, the site of St. Andrew’s martyrdom.

It is called the Greek Gate to the West, as it is an international trade center, a major port and a hub for trade and communication with Italy and the European West.
The Rio-Antirio Bridge “Charilaos Trikoupis”, inaugurated and put into operation in 2004, connects the suburb of Patras Rio with the village of Antirrio of Etoloakarnania, thus linking the Peloponnese with western Central Greece.

The most impressive architectural ornament of the city is the Apollo Theater, which was built in 1872 according to plans by the German architect Ernest Ziller.
It is a miniature of the Scala of Milan and is one of the oldest surviving closed theaters of modern times.

The Apollo Theater has been the central stage of the Patras Municipal Regional Theater since its founding in 1988. The city has recently acquired a modern archaeological museum that houses the history of Patras with a collection of 1,300 exhibits.
Exhibits that analyze and capture all areas of human life.

The city also has an important cultural life as it is famous for one of Europe’s biggest carnivals, the Carnival of Patras.